Update: The TSB has completed this investigation. The report was published on 3 July 2018.

Collision with runway lights on landing

On 15 May 2017, the Bombardier Global Express aircraft (registration N888ZJ, serial number 9071), operated by Zetta Jet USA Inc., was flying from Teterboro Airport, New Jersey, United States, to Montréal/St-Hubert Airport, Quebec, with 3 crew members and 1 passenger on board. At about 1055 Eastern Daylight Time, the aircraft touched down on Runway 06L at Montréal/St-Hubert Airport, partially outside the intended confines of the runway, which had been reduced to 75 feet wide and 5000 feet long owing to construction work. The aircraft struck 7 temporarily installed runway edge lights to the left of the runway. The pilot flying brought the aircraft back to the reduced-width runway centreline before it came to a stop approximately 300 feet from the end of the shortened runway. The aircraft sustained substantial damage. There were no injuries. The incident occurred during daylight hours.

TSB deploys a team of investigators to the Saint-Hubert Airport, Quebec, following a runway excursion

Dorval, Quebec, 15 May 2017 - The Transportation Safety Board of Canada (TSB) is deploying a team of investigators to the Saint-Hubert Airport, Quebec, following a runway excursion involving a Bombardier Global Express aircraft. The TSB will gather information and assess the occurrence. 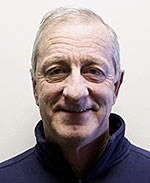 Denis Deroy, who has 40 years' experience in civil aviation, joined the Investigations (Air) Branch of the Transportation Safety Board (TSB) in October 1998. A technical investigator working out of the Dorval office, he has been investigator-in-charge on many occurrences.

Mr. Deroy has held an aircraft maintenance engineer's licence for 35 years and a private pilot's licence for 40 years, and has nearly 1500 flight hours on single-engine aircraft. He has been director of maintenance and head inspector at a number of aviation companies, and, before joining the TSB, was an inspector as well as Superintendant, Airworthiness, at Transport Canada.

Since joining the TSB, Mr. Deroy has been involved in many investigations in Canada, and has also worked with various foreign investigating organizations on accidents that occurred outside the country.