Update: The TSB has completed this investigation. The report was published on 13 February 2019.

Loss of control and collision with water

On 01 August 2018, a Cessna 180H aircraft, operated by Fort Langley Air, was conducting a local flight from Tyaughton Lake, British Columbia, with three persons on board. Shortly after take-off, the instructor pilot seated in the back observed a fuel leak from the left wing. The instructor pilot informed the pilot about the leak, instructed him to turn back and to land on the lake. The pilot reduced the airspeed and made a right turn. Shortly after the turn was initiated, the aircraft experienced a loss of control and crashed in the water. The instructor pilot and the passenger were fatally injured and the pilot was seriously injured. The emergency locator transmitter did not transmit a signal.

TSB deploys a team of investigators to a floatplane accident on Tyaughton Lake, British Columbia

The Transportation Safety Board of Canada (TSB) is deploying a team of investigators to a floatplane accident on Tyaughton Lake, British Columbia. The TSB will gather information and assess the occurrence. 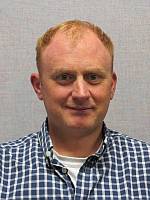